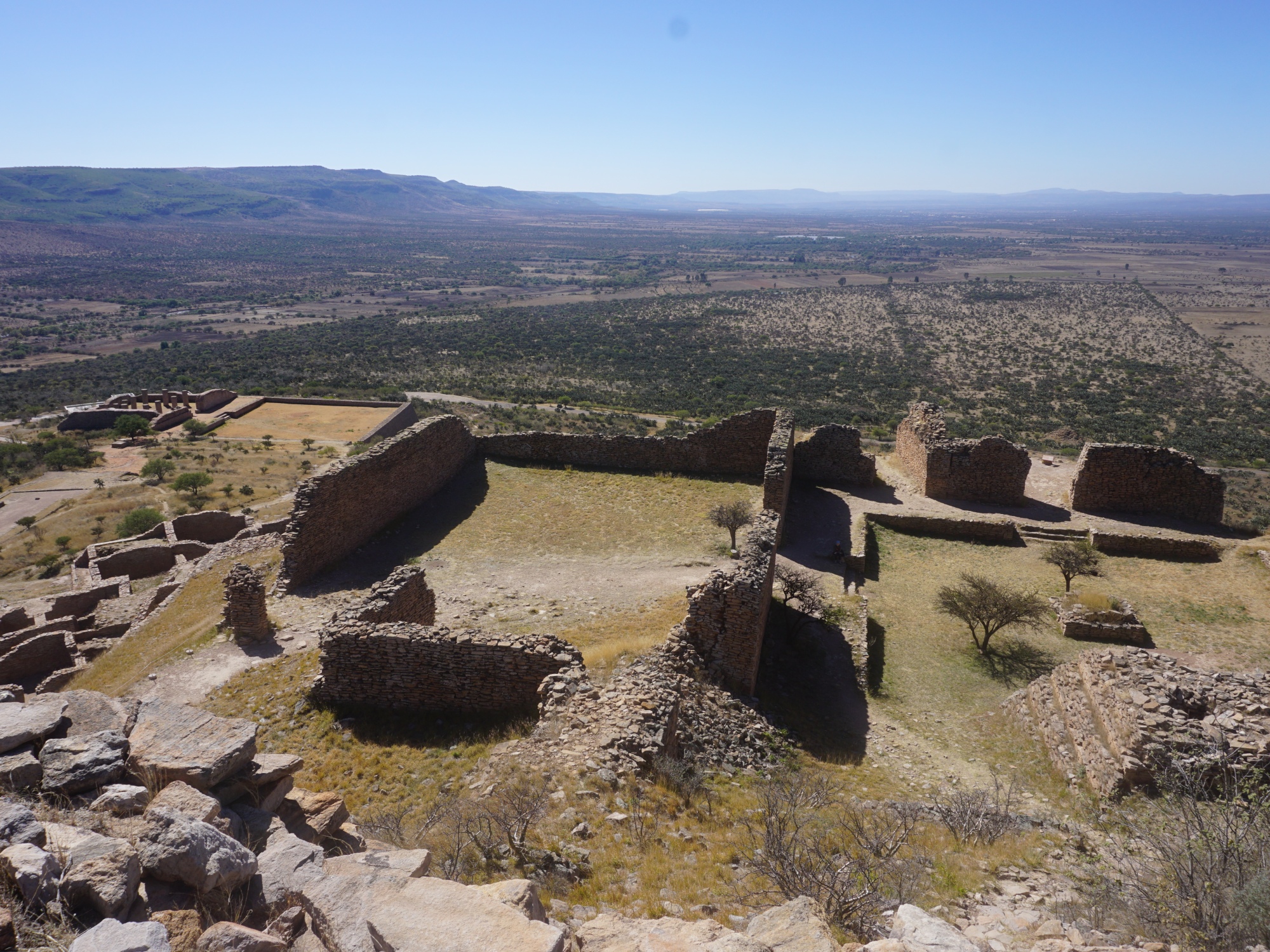 Just a little south of the road from Jerez to Zacatecas is a Mesoamerican archaeological site called La Quemada (the burnt city). There are at least six different interpretations postulated by historians as to who were the primary inhabitants of the area including Teotihuacan and Toltec. Evidence of the beginning of the settlement dates back to 300 A D with development continuing for over 900 more years. At some point the architecture evolved into a defensive format with high thick walls enclosing portions of the site. It met its final demise by fire suggesting it was conquered by some opposing culture. 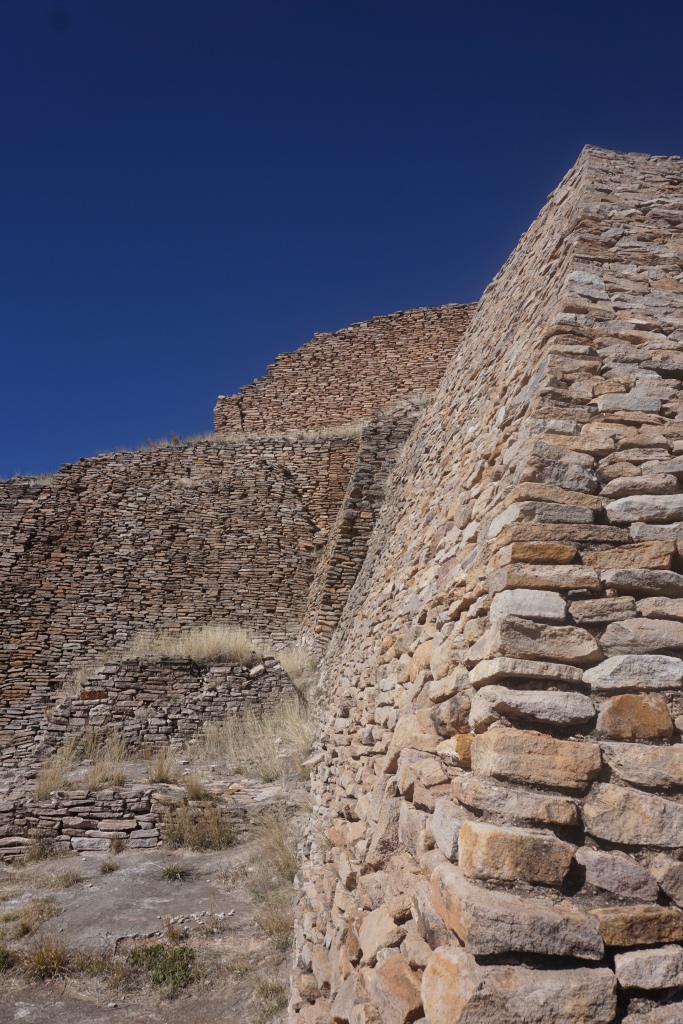 Since it sits in a dry dessert valley there is little deterioration of the stones from vegetative growth. Aside from the great fire that eventually destroyed most of the site, additional collapse came from the deterioration of organic materials used in the mortar between the stones. The most amazing part of the site is the remaining columns which originally numbered 11 and held a large roof structure over a very large room measuring roughly 100 ft. by 135 ft. The rooms use is unknown.

There are steep stairs linking several platforms at various elevations. There is a relatively small pyramid that it has been suggested was used for human sacrifice but there are other conjectures that argue against this theory.

There is a ball court and evidence of about 170 kilometers of roads that crisscross the valley linking several other archaeological sites in the region. You can just make out some of the roads from the higher points on the site.Surprisingly the rooms where there is clear evidence of habitation are very high on the site. Ann and I were alone in exploring the area and we wandered through these rooms separating from one another and alone in our thoughts. 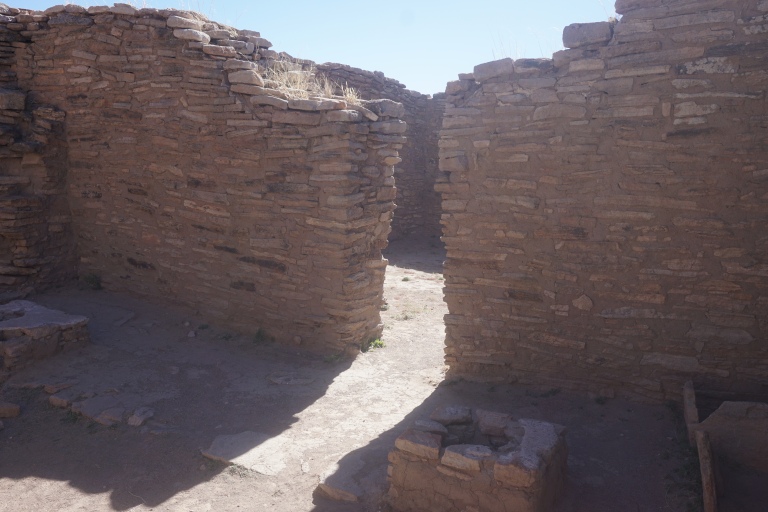 We both had the overwhelming feeling of presence in the rooms. People actually lived here. They slept and ate here. They cooked over fires. They taught children about life. They argued, they made love, they laughed, they cried. Perhaps we wouldn’t have had these mutual feelings had we been in a tour group or even if there had been one other person there at the same time. We felt very fortunate to experience the site together and it left a marked impression on us.

2 thoughts on “Alone With the Ancients”