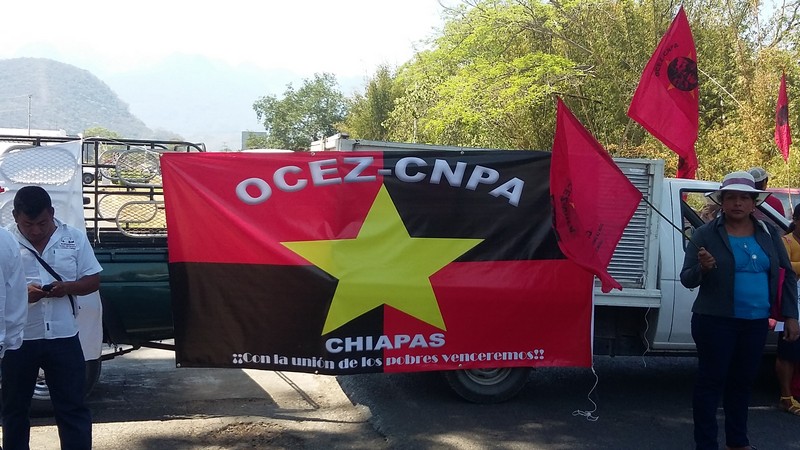 Rise early and skip breakfast-so goes the mantra when crossing borders in the Americas. Well on our first attempt to cross from Chiapas, Mexico to Guatemala we were seduced by the smell of frying bacon and that extra 45 minutes cost us dearly.

We drove the 50 miles south of Comitan, Chiapas through the winding mountains on the Pan American Highway 190 to the border town of Ciudad Cuauhtemoc only to be halted by yet another blockade orchestrated this time not by the Zapatistas, but by campesinos (rural peasant farmers). Something having to do with the privatization of water was their cause and blocking an intercontinental highway was their method. They weren’t looking for money from the motorists and probably had good reason to protest but we were unclear how this would help their cause. So much for crossing the border that day and back north on Hwy 190 we went searching for lodging for another night while waiting out the blockade.

On the stretch of highway between the border and Comitan, dozens of auto hotels (love motels) with names like Amor Dulce (sweet love) and El Crucero de Amor (the cruise of love) line the road. Most of these rent by the hour hotels provide privacy curtains or garage spaces to shield the occupant’s car from view. Was there a need for hundreds of these rooms along this out of the way and undeveloped stretch on the way to the Guatemalan border? Who are their clients? Are there that many people cheating on their spouses in need of such a retreat? Unsure if they would rent to us for a 24 hour period but less inclined to drive all the way back to Comitan , we stopped in a couple of them and asked, “do you have Wi Fi?” With incredulous amusement they most certainly replied that they did not! Their clients weren’t looking for Wi Fi.

Resigned to drive all the way back to Comitan for lodging we needed to pass through the Mexico customs checkpoint even though we never left Mexico. We had passed through this easily a few days prior on our way from the beautiful Lagos de Montebella 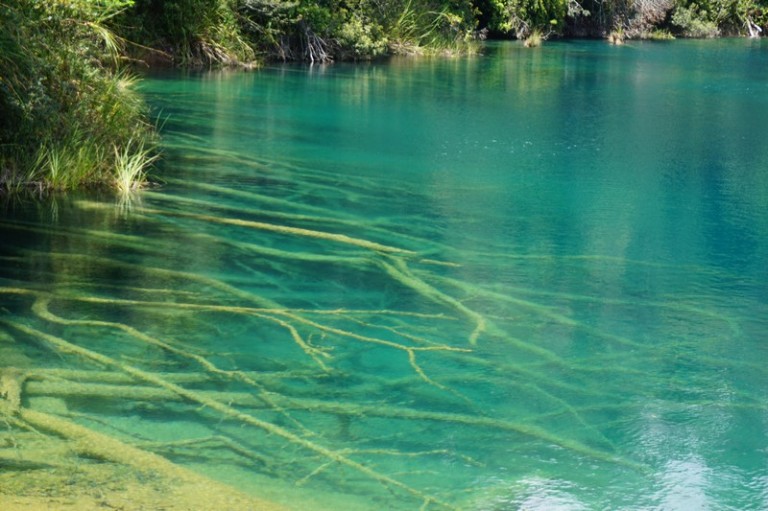 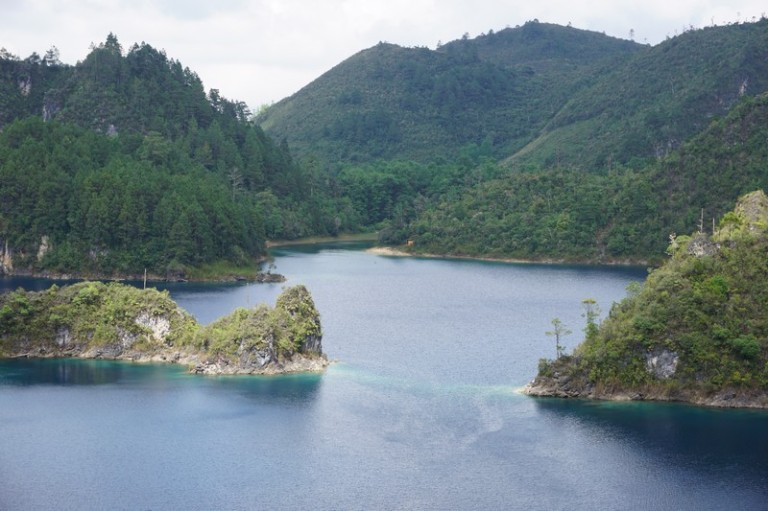 to Comitan. After a simple passport and vehicle permit check we were waived through with smiles. This time it was different.

We’re not sure what set the jefa (female boss) off but she had it out for us. Possibly our visible agitation with being turned back on a major transcontinental highway by yet another blockade left unabated by the Mexican authorities did it. Without explanation we were required to empty the contents of the entire truck and storage boxes on top! We hadn’t left Mexico in three days shy of six months and now after passing hundreds of police and military checkpoints in Mexico without delays, we were run through a ringer. “We’re jubilados (retired people) and we’ve traveled in 16 Mexico states with no problemas for 6 months,” we told them. “Empty the box,” she told us. “All of it?” asked Jay. “Yes, all of it,” the jeffa commanded. This was not a pretty scene with all of our tightly packed and well organized belongings strewn about the pavement. Jay’s response was akin to a child’s temper tantrum and it goes without saying that the next time men with military assault weapons preside over an un-necessary shakedown we’ll behave with more decorum. “When you’re in my country you’ll follow our rules,” she said. “Oh, so that’s what this is about, we’re Americans,” I said. Yes, I believe I was on to something. This was our first encounter with the “Donald Trump effect” in action. We hadn’t noticed disdain or resentment from any officials or anyone in Mexico to date. This was payback time at the bequest of an individual who may have had a tough time with US officials or was just plain fed up with the insults about her country flailing about.

Without finding whatever it is they were looking for (no, we were not going to smuggle drugs from Mexico to Guatemala the following day) we repacked our vehicle and boxes. The whole ordeal took about two hours during which time some of the staff rolled their eyes at their boss and even the gun totting military smiled as I pointed out the wet suits we used for surfing in Oaxaca over Semana Santa.

Ironically, the US government travel web site offers warnings and advisories for several places in Mexico in which we traveled successfully without incident. There are no such advisories for the Mexico state of Chiapas in which we experienced two (unarmed) highway blockades for different reasons. Since we all form perceptions of the world around us based on our personal experiences, these encounters have helped to shape ours of Chiapas. Maybe as time passes we will feel differently but in spite of all the positive experiences we had in Chiapas we probably won’t be back.

3 thoughts on “GETTING OUT OF MEXICO”