Initially we were drawn to Nova Scotia (New Scotland) for a much anticipated maritime experience nestled along its 4500 mile coastline. Yes, Nova Scotia is a wonderland of crashing waves, craggy cliffs, beaches, foggy mists, lighthouses and lobster. We experienced all of that plus a bonus package including intriguingly rich history and some of the friendliest people anywhere. A 75 minute ferry crossing the Northumberland Strait from Prince Edward Island deposited us on the Northumberland Shore of Nova Scotia to begin our five week counter-clockwise circumnavigation of the peninsula. Our scenic driving tour would include more bays, estuaries, islands, cliffs and fjords along the stunning coastline than many locals have seen.  Almost an island, the 342 mile long by 81 mile wide province of Nova Scotia is connected to New Brunswick by a narrow 20 mile isthmus and nearly completely surrounded by sea. No point in the province is more than 37 miles from the sea and everywhere you turn there’s water, water everywhere. Of Canada’s 13 provinces and territories it is the second smallest province after Prince Edward Island. Thick forests dotted with lakes cover 80% of the land but there are also orchards, wild blueberry fields and rolling farmland. Under one million people call Nova Scotia home with almost 80% of the population able to trace their ancestry to Scotland, England or Ireland with France and Germany next on the list. We would soon learn about the historically tumultuous tug of war between the English and the French and how those ancient battles have influenced the identities, customs and language today.

We began the circumnavigation with a coastal drive along the districts known as the Northumberland Shore, which boasts the warmest water north of the Carolinas, the Annapolis Valley & Bay of Fundy, world renowned for the highest tides on the planet, and Yarmouth & Acadian Shores with a string of French coastal communities. 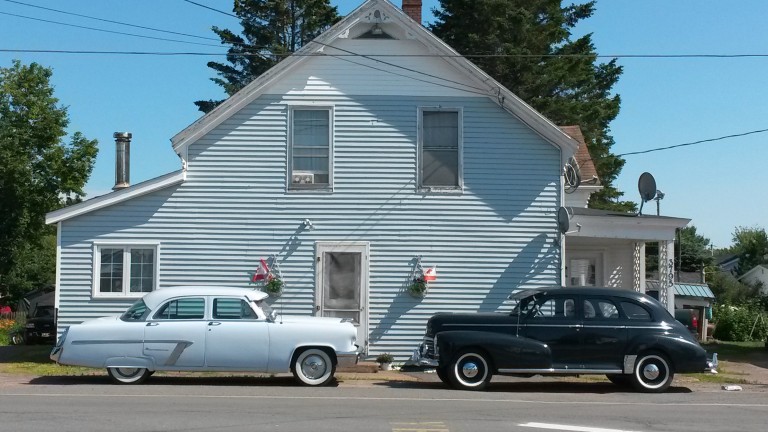