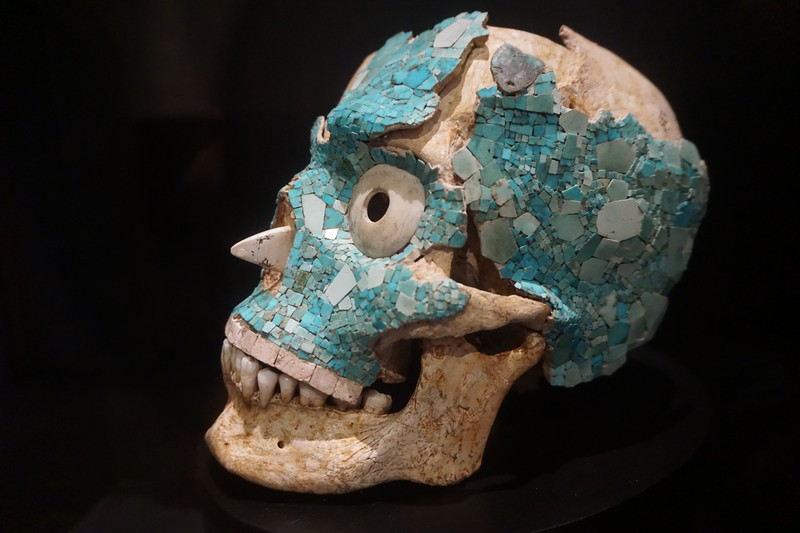 Yes there are many ancient pre-Hispanic ruins throughout Mexico and this one is likewise astonishing. Dating back to 500 BC it predates Teotihuacan north of Mexico City by a few hundred years. There is evidence of cultural connections to the Olmecs. Though there is evidence of small wandering bands of peoples in Mexico dating back some 10,000 years the first to organize into large city populations were the Olmecs and this site is one of the oldest. 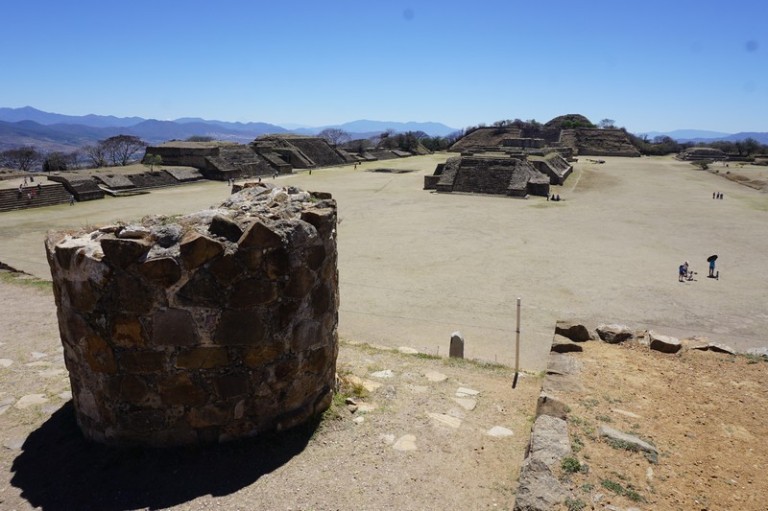 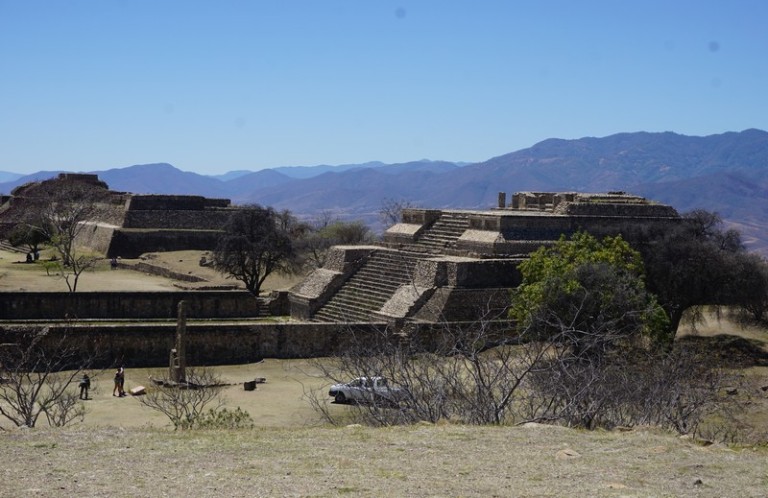 To me the most amazing fact is that the first phase of Monte Alban’ from about 500 to 200 BC saw the leveling of a mountaintop on which they built temples and palaces. That’s right, 300 years of mountaintop leveling! At its peak from about 350 to 700 AD the city had an estimated population of about 25,000. Between about 700 and 950 AD the site was abandoned and fell into ruin. After the city’s decline it was visited periodically by other Mesoamerican peoples who used the site to bury some of their high level leaders whose tombs weren’t discovered until the 20th century. 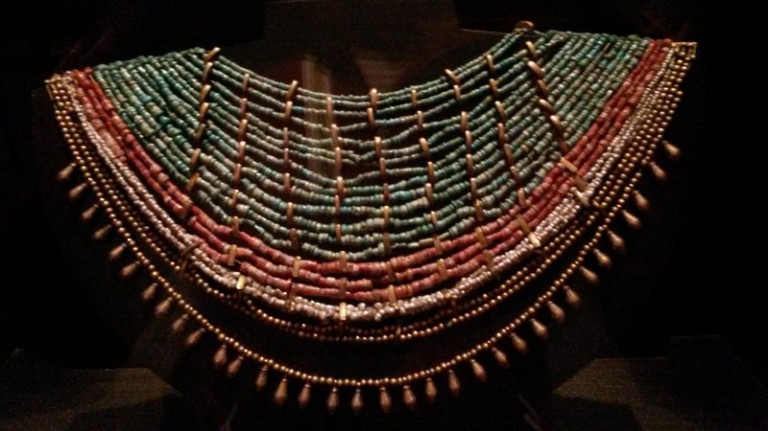 Another amazing fact about the site is that although the Spanish had a very large settlement in Oaxaca which is visible from the Monte Alban’ site and vice versa they never discovered the ruin. Even though the mountaintop was leveled the temples and buildings since became swallowed up and overgrown by vegetation and from Oaxaca it just looked like another mountaintop. The site wasn’t discovered until the early 19th century and wasn’t fully explored until the mid-20th century. The preservation is unprecedented since the Spanish had a habit of tearing down large monuments and using the stones to build their own cathedrals right on top of the old ruins.  Who knows what treasures hide under the 16th and 17th century cathedrals that we view as so old?

One thought on “Monte Alban’”