Born of fire, Lake Atitlan sits in the Sierra Madre Mountains of Guatemala at almost a mile high. Its origin is from a giant volcanic eruption eons ago that left a huge caldera which eventually filled and became the lake. It is most picturesque with three large volcanoes on its southern flanks. Several small towns and villages surround the lake with the easiest method of access by boat between them. The towns are all Mayan and the three that we visited each had its own unique feel. 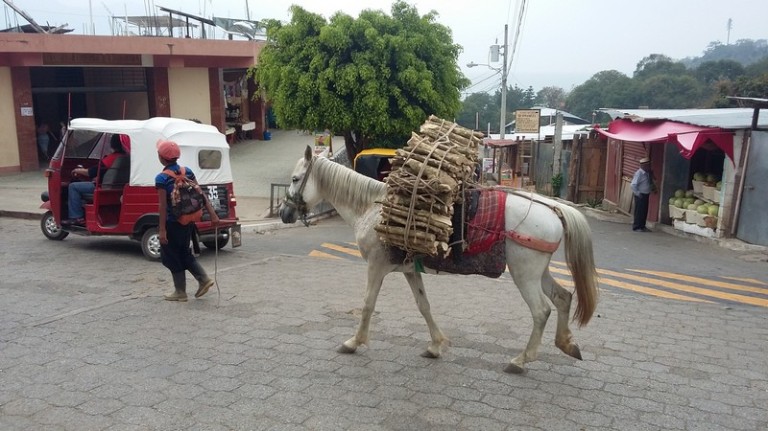 The drive to access the lake is extremely steep since we were accessing it from the Intercontinental highway at a much higher elevation. I counted 15 switchbacks on a road with huge potholes and a mixture of paved and gravel roads. I thought once at the lake we could easily access the other towns by driving but that was not the case. After one night in the touristy Panajachel we decided to head to the more tranquil San Juan Del Lago for a few days and then onto San Marcos. Unfortunately we had to drive all the way out the highway we’d just come in on and then all the way back down to the lake on a different and somewhat steeper road in even rougher shape. We’ve read about the political corruption in Guatemala and we can attest that wherever their tax revenues are going they are not going to the roads around Lake Atitlan.

The villagers around the lake pride themselves on the spiritual where you can get healing herbal treatments, readings or cleansings from a spiritualist with sage smoke, essential oils, crystals and the like. We had to smile when we were told that San Pedro was known for cheap hippies and San Marcos for hippies with money.  San Juan Del Lago was very quiet and peaceful indeed and the town really just felt like a real Mayan village with more locals than tourists. The area close to the boat docks where most people enter the town has a few restaurants and stalls for selling handicrafts and weavings. Unbelievably while walking down the street to the dock we walked by a restaurant and heard a “Well hello there!” We looked over to see Chris and Lesley, English travelers about our age whom we have met twice before on our journey.

For over eleven months they have ridden a motorcycle from Halifax Nova Scotia west across Canada, down the west coast of the US and the southwest, across the US to Georgia where Lesley’s daughter lives, then back west across the southern US, through Mexico and into Guatemala! They’re not finished though-they too are on route to South America. Driving our big comfy suburban is so cushy by comparison. 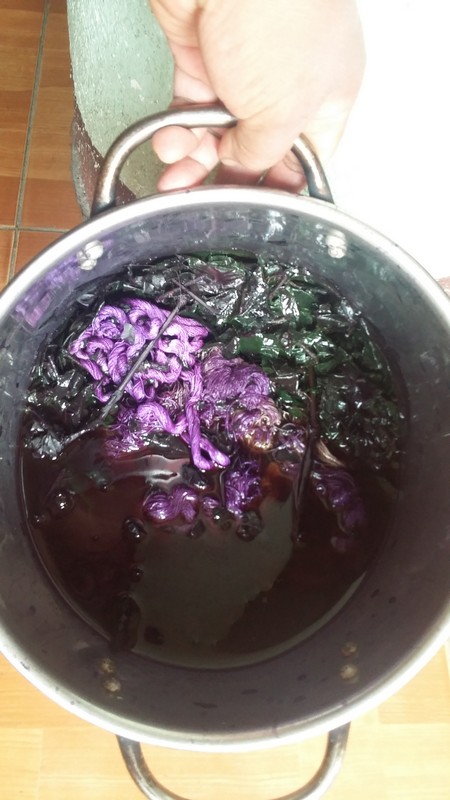 After a couple of days of not doing much of anything at our lake front lodging in San Marcos we met up with Chris and Lesley again at Blind Lemon’s, a bar/restaurant owned by Carlos Funk.  Carlos, a bluesman, brought out his guitar and I pulled out my harmonicas and we jammed a bit before our diner arrived. It was a blast. 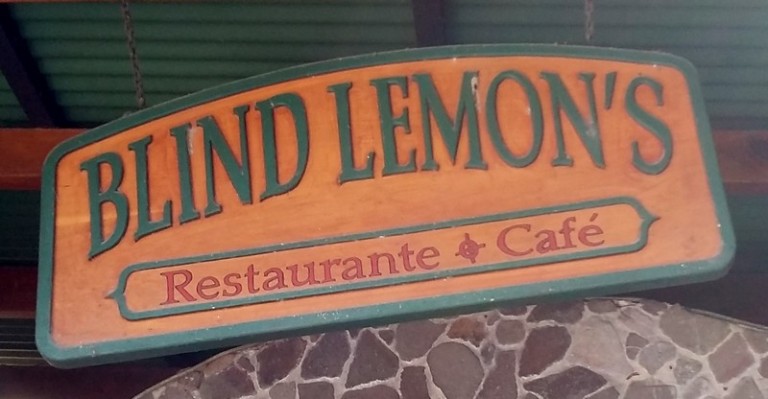