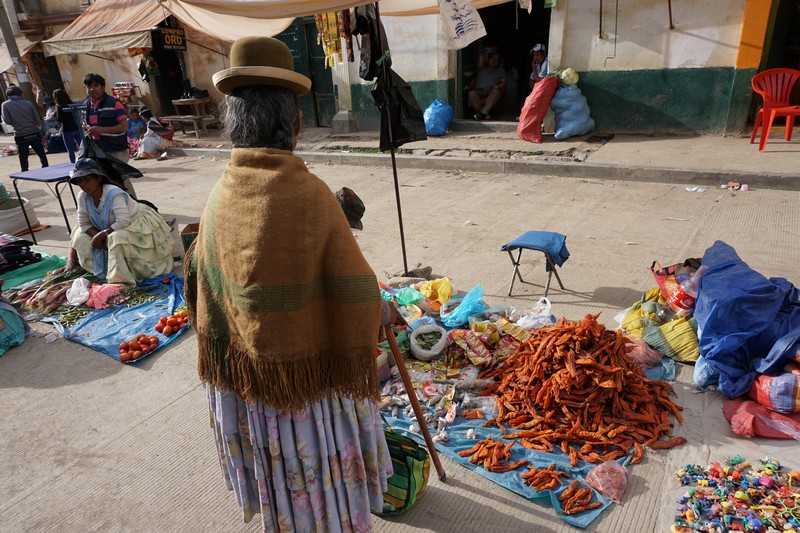 Crossing into Bolivia we found ourselves standing in the ‘Category 3 Nations’ line (for countries like North Korea and Pakistan.) Why on earth is our relationship with tiny Bolivia such that we would be in this ‘special’ line? US passport holders are members of a fortunate club including some other favored nations which make visa free travel to a large number of countries easy and hassle free- until it isn’t. We waited in this line for a few hours to dish out our dough and documents. The other EU, Canada and Australia passport holders breezed through their own line each $160 richer than us as they entered Bolivia. Each of the $320 in US notes we paid to the immigration officer was inspected thoroughly since they wanted only clean (no marks whatsoever) bills. A tiny smudge on a $20 bill would just not due

When it was time to fill the tank with petrol, we stopped at a few gas stations and were told they wouldn’t sell to foreigners. When we finally did fill up the price per liter was three times the price paid by Bolivians (about $5 per gallon). When the government sets such a precedent it would only seem natural that locals would sell a bottle of water (or anything else) to us for inflated prices as well. A two tiered pricing structure exists in a lot of places and we’ve experienced it along the way on this journey. We understand it to a point but we don’t like it. We’ve tried to rationalize with, “Gosh, in the States the surcharge that shopkeeper is levying upon us would only be $1 or $2 so what’s the big deal?” It becomes a bigger deal the longer we travel and additionally, we’re not in the US, we’re in Bolivia or Peru or wherever. It is important to think in the economic terms relative to our location, not to our homeland thousands of miles away.

With this being said we reached Copacabana on the Bolivian side of Lake Titicaca. We’ve gotten used to these high elevations (over 12,500 ft) and it’s just a way of life for the inhabitants. The small crumbling colonial town Sorata resting on a hillside in a valley beneath the snow-capped peaks of Illampu (6368m/20,887ft) and Anchohuma (6427m/21,080ft) was our next stop for some hiking or just R & R. As we descended 4,000 ft on unending switchbacks we dropped into the town unceremoniously. Finding our way to the town square, the usual place to begin a hotel search we inched Amelia into the weekly market area only to realize too late that the road encompassing the square was in fact closed. Indigenous women spread their vegetables and other goods of sale about on the road in front of us. We were trapped in our awkwardly large and foreign vehicle surrounded by annoyed, staring eyes. Oops. The third hotel we inspected was acceptable and when we asked the proprietor if she had secure parking for our large vehicle, she replied, “the blue one?” She had watched our entrance into the town square along with everybody else in town.

When the market cleared enough for us to move the truck up the narrow one lane cobbled road to our parking garage, we once again as in so many of the colonial towns we’ve encountered had to perform vehicle gymnastics to make the tight turn radius into the driveway. With cars honking their horns from both directions, one vehicle driver resigned himself to back out, we knocked over a young girl’s point of purchase display of trinkets and nearly ran over an elderly, tiny indigenous woman curiously squeezing the bicycle tires as we attempted to seize the moment amid the mass confusion to back up. Forgetting about the hiking, we just needed to relax for a couple of days until the dreaded moment we would need to exit the garage and go through that all again. 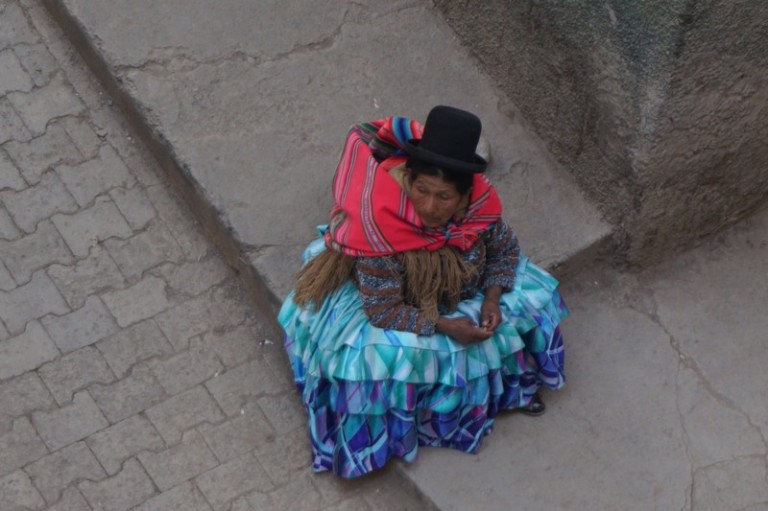 One thought on “INTRO to BOLIVIA”