After 18 years and over 189,000 miles, the last several of which have been over some extremely rough four-wheel-drive roads at altitudes over 16,000 feet and carrying a weighty cargo of bicycles, boxes and sports equipment not to mention us- let’s just say the old girl was sagging a little in the rear end.

With the Carretera Austral (southern highway) ahead of us as well as southern Patagonia we decided that a little reconstructive surgery was an appropriate gift for our gal Amelia. I had learned that the rear leaf springs can be removed and “re-bent” to more approximate the curve they had when they were installed in the factory. In Puerto Montt, Chile we found a shop that specializes in leaf springs. When we walked into the shop and saw the monstrous springs that they were re-bending, rebuilding or fabricating for heavy duty trucks and buses we realized that the relatively small springs of our truck would be an easy job for these pros. The estimate was $89 and should take a half day to complete so we agreed to have the work done. By the time it was all over it took a full day and with the extra parts that needed replacing after 18 years of rust and abuse the final bill was $133, a very worthwhile expense. Now she sits a little higher in the saddle and appears to strut a bit as she drives by. 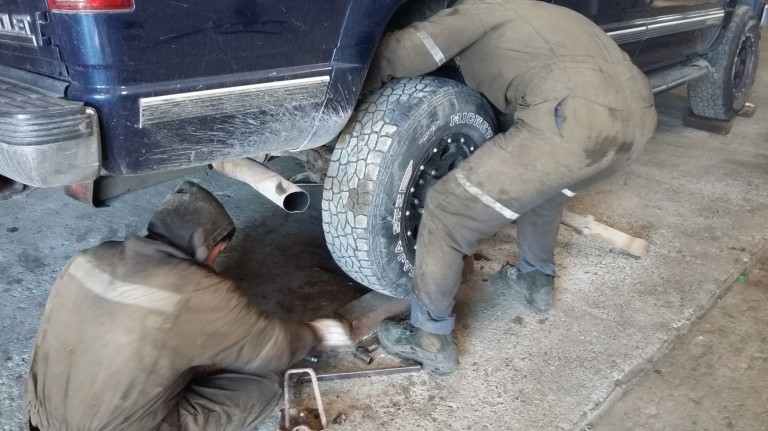 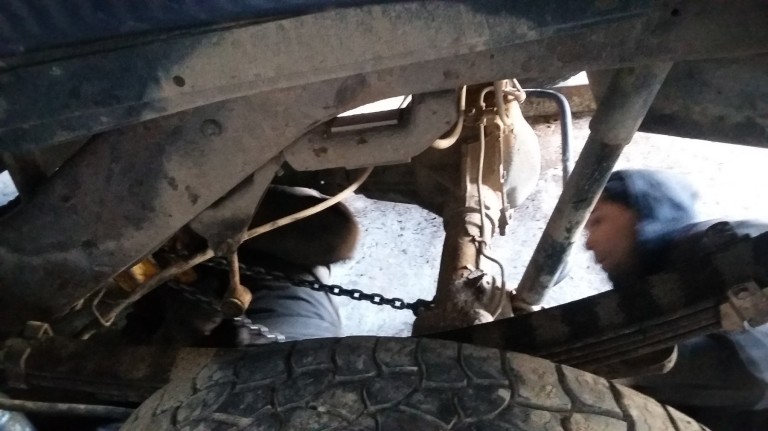