Cuy (guinea pigs), dazed chickens, rabbits and even puppies shoved into large plastic bags for transport at the Thursday morning animal market in Saquisili was not for the faint of heart. In the States the treatment of animals which we eat is kept out of sight and out of mind but at an indigenous market in the Ecuadorian Andes it’s out there for all to see. It isn’t a market for tourists- in fact we didn’t feel particularly welcome by some vendors. Certainly the locals knew the camera totting tourists weren’t there to buy much and perhaps felt as though we were peering into their way of life and judging. We actually wanted to purchase some soup and eat among them under the tented area but a cook shushed us away. She clearly wasn’t willing to serve us. The market is for the inhabitants of the surrounding remote Indian villages who make their way into town from the steep hillsides to buy or sell everything from fruits and vegetables, homemade herbal remedies, animals, household goods, new and used clothing, furniture and feed for their alpacas. 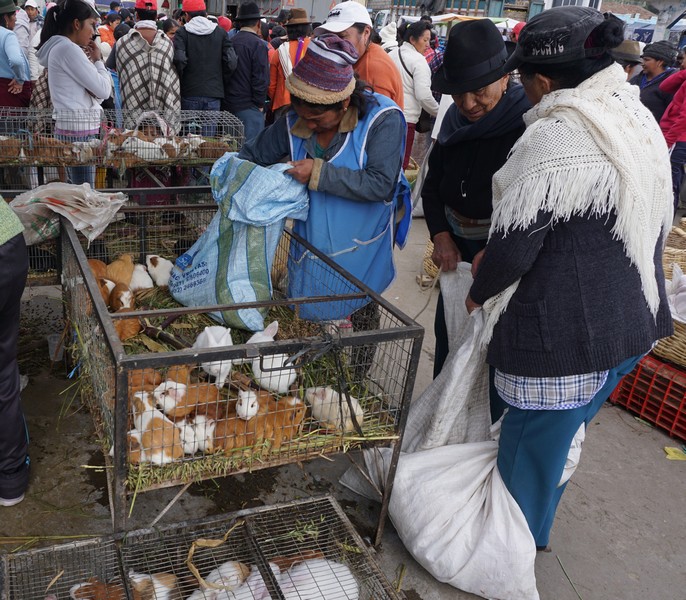 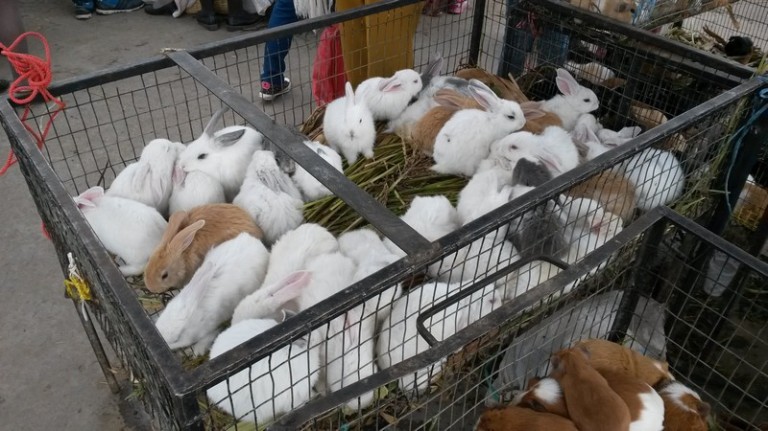 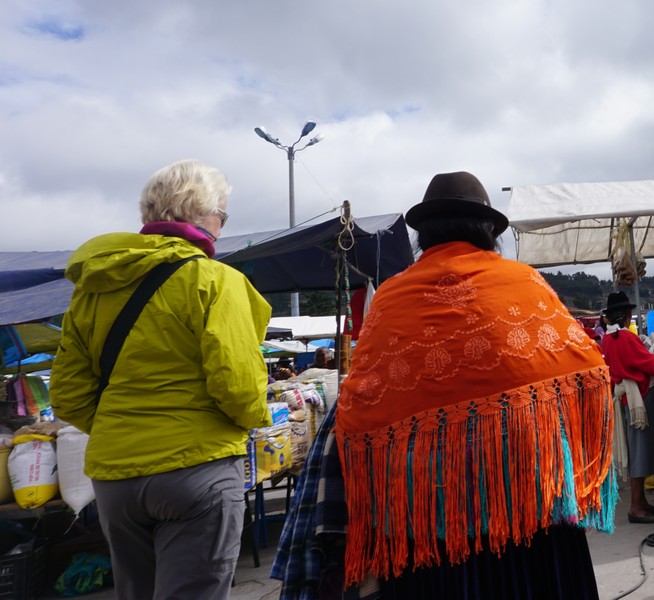 The Panamericana cuts through a long valley south of Quito flanked by two somewhat parallel high mountain ranges. This valley was named ‘The Avenue of the Volcanoes’ by a German explorer in 1802 since most of the ranges consist of volcanoes and several of them are still active.  The rich volcanic soil has traditionally been farmed by Ecuador’s Andean Indians and when the Spanish came the valley became a route of communication between Quito in the north and Cuenca in the south about 300 miles away. This route remains today with the Panamerican Highway. In between lies some breathtaking scenery (when the clouds don’t cover it) comprised of nine of Ecuador’s ten highest peaks. 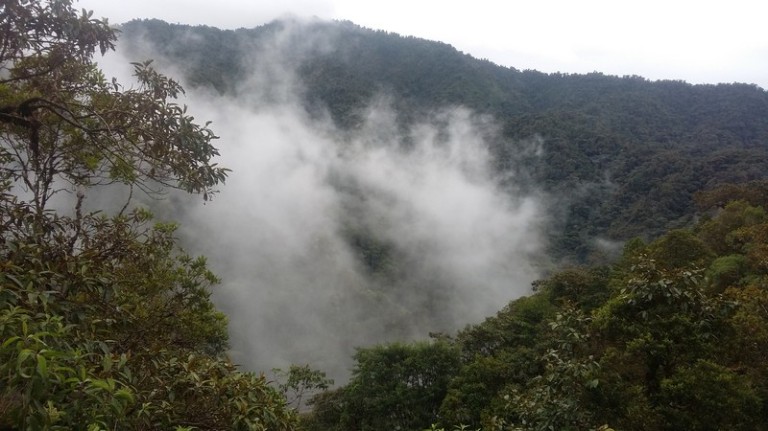 We drove past but were unable to see the highest peak in Ecuador- the extinct Volcan Chimborazo at 6310 meters (20,702 ft.). For you trivia buffs, due to the equatorial bulge the summit is also the tallest point on the planet when measured from the center of the earth. Also within striking distance from our route but shrouded in clouds was Ecuador’s second highest peak- the cone shaped, snowcapped Cotopaxi volcano at 5897 meters (19,347 ft.). Our trekking desires were quashed due to inclement weather but we headed to the Quilotoa Loop to try our luck there.