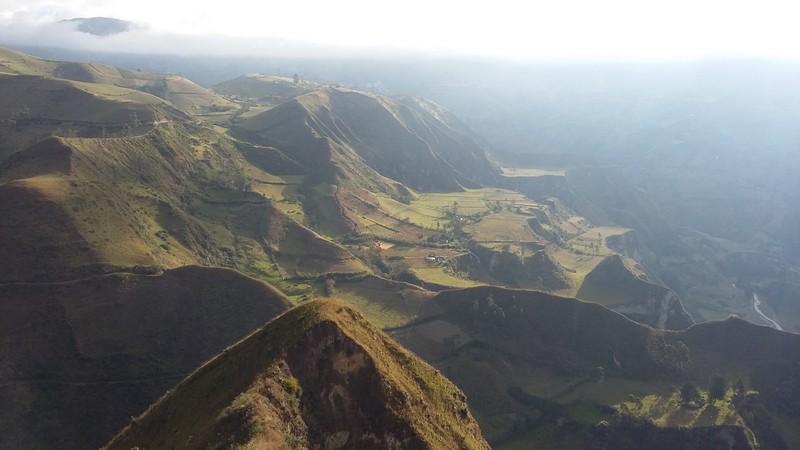 A favorite among travelers from around the world who love hiking is Ecuador’s Quilotoa loop. Here a group of towns high in the Andes sit close enough together that a person can hike from town to town and stay in hostals each night where they can shower, eat, sleep and take off refreshed on the next day’s journey. Since we were driving we visited two of the four towns and did loop hikes back to the town from which we started. The favorite Hostal, Llullu Llama (you-you-yama) is owned by a Belgium expat who built an unusual lodging combination of bunkhouse beds, private rooms with shared baths and individual cabinas with private baths. The rooms included breakfast and dinner and people ate family style with fixed menus that are out of this world. Mealtime was a great mixture of travelers from a variety of countries of all budget levels and the conversation was lively and lasted well beyond dinner. We met people from the U.K., France, Germany, Belgium, Luxemburg, Holland, Norway, Australia, New Zealand and the U.S. 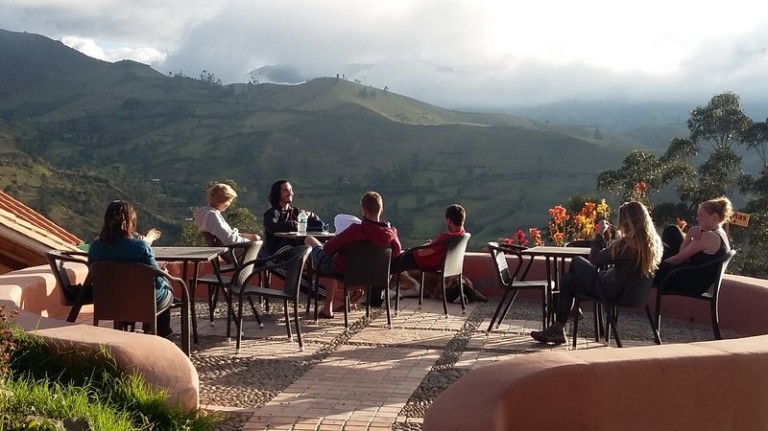 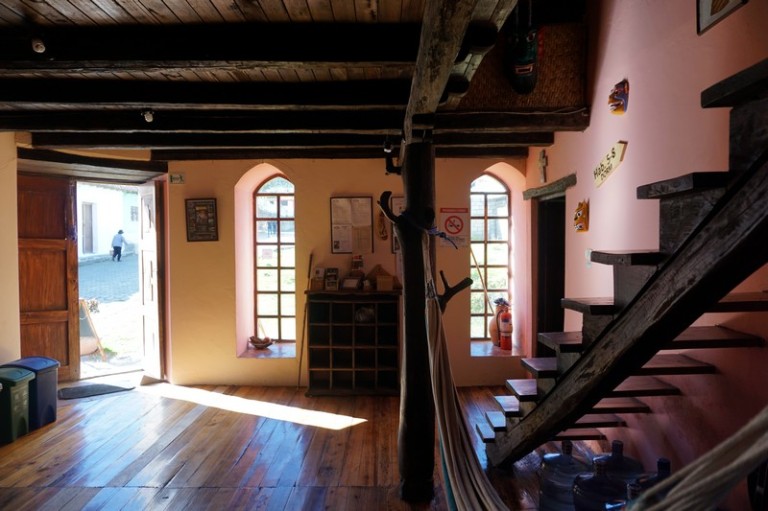 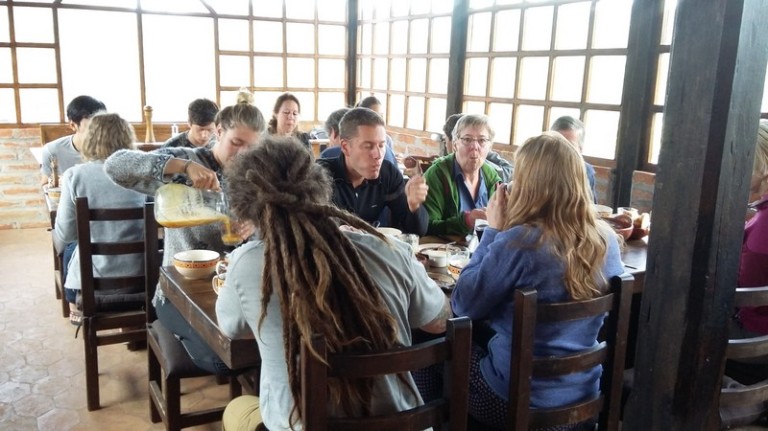 Our loop hike from Isinlivi wound through areas where farmers tend crops and raise animals on impossibly steep slopes. We passed short hearty women on the trail carrying heavy bags of who-knows-what and wearing plastic shoes made for children. They all had big smiles on their faces and a warm greeting. The hike down to the river was steep and the hike back up taxed our lungs in this high altitude. 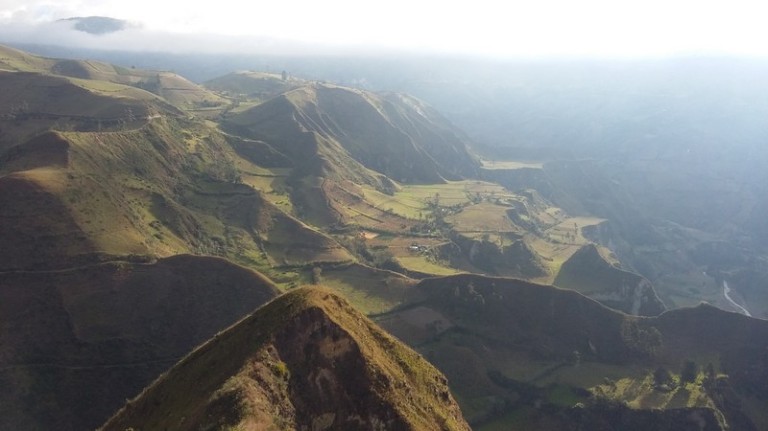 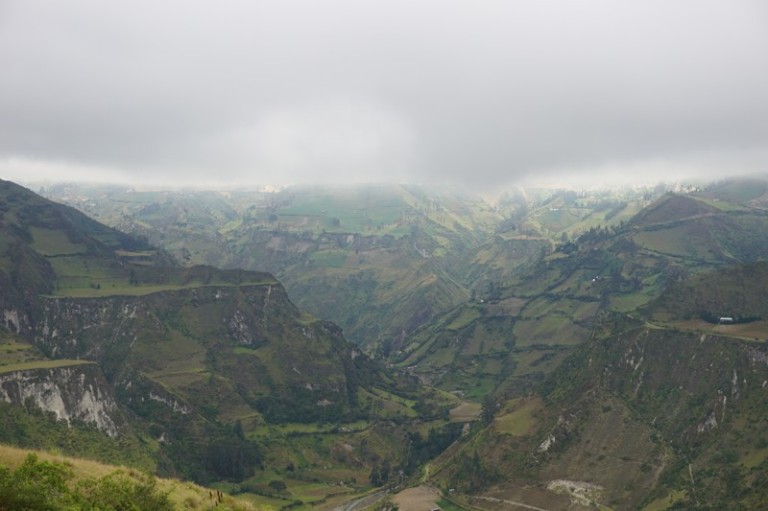 The next town Quilotoa sits adjacent to the stunningly beautiful Quilatoa Crater Lake. This is a very high altitude volcanic caldera rimmed by jagged mountains which has a hiking path all the way around it essentially following the ridgeline. We were told that the hike could take three to six hours and figured we could knock it off in about four. Of course it took the full six and we were sore puppies at dinner that night. 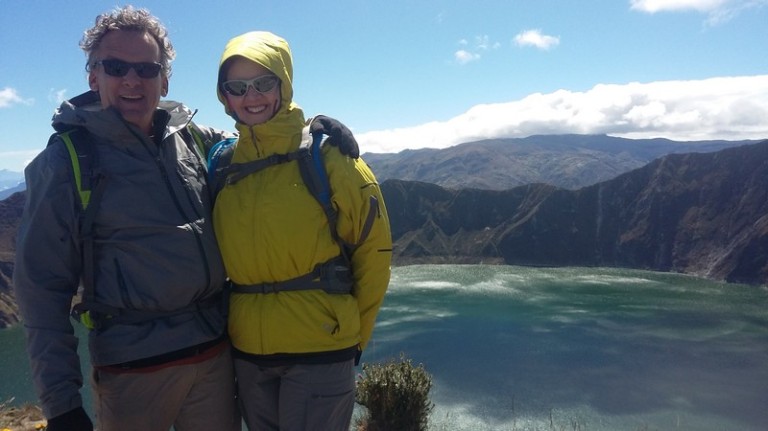 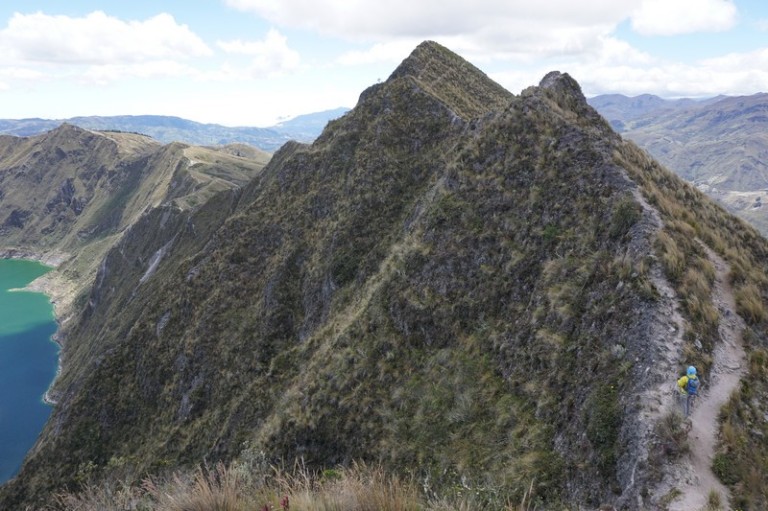 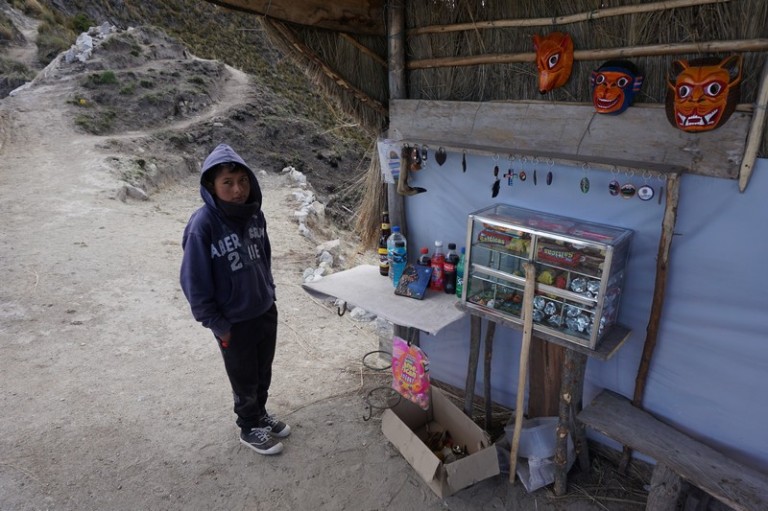 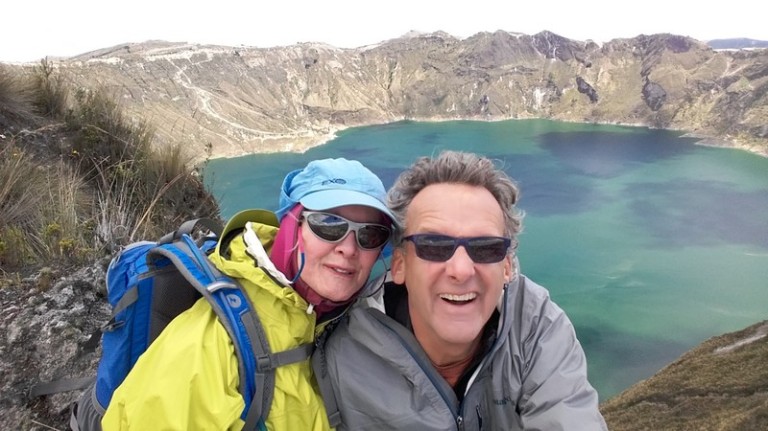 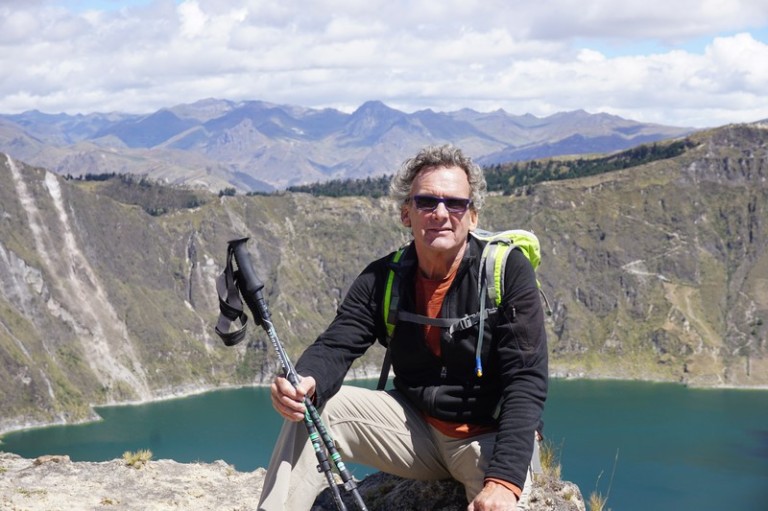 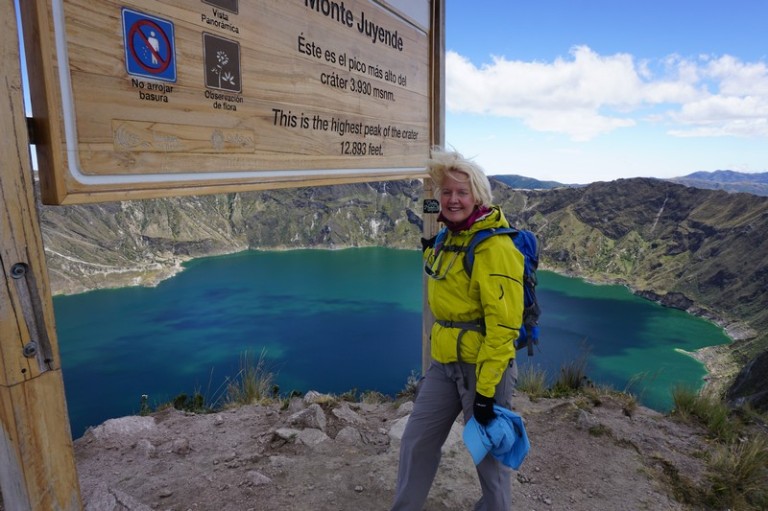 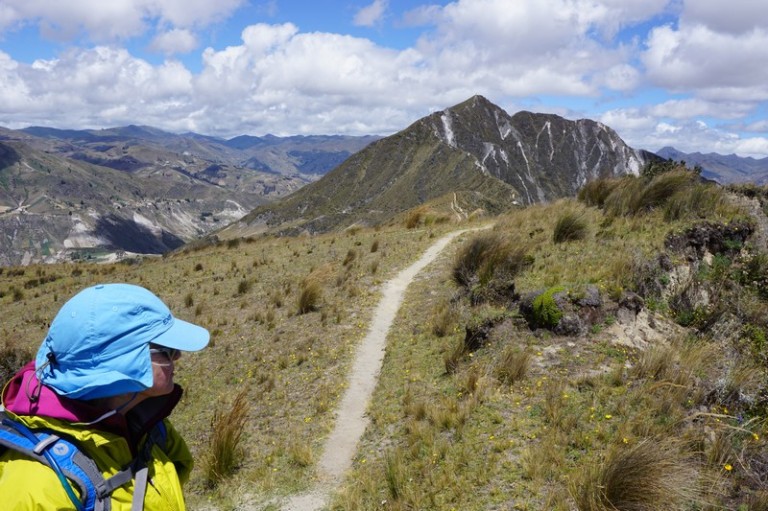