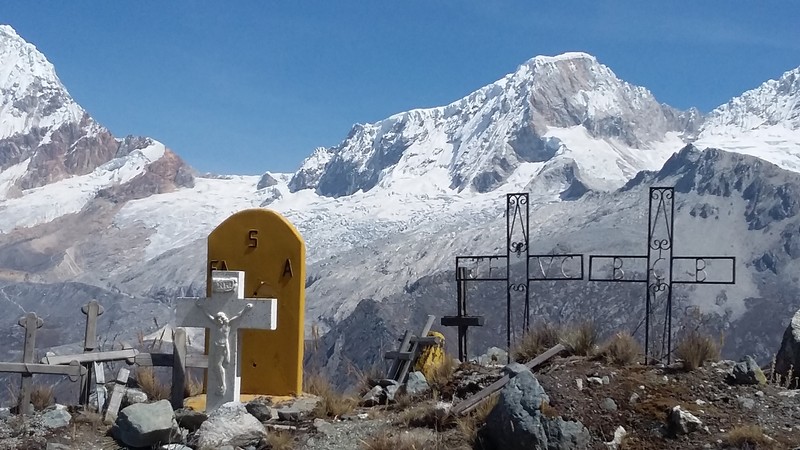 Drive over the Cordillera Blanca? Is that even possible? The road from our campsite at Lagunas Llanganuco continued over the pass of Portachuelo (4767m, 15,636 feet) http://www.dangerousroads.org/south-america/peru/1263-portachuelo-pass-peru.html . On the map it looked doable. We knew it would be challenging but we wanted to see the sights that we had convinced ourselves were important – but what had we gotten ourselves into? We had been on some scary 4WD switchbacks- or so we thought. Now we were going to drive Amelia over her highest pass to date- higher than the base camp on Mount Kilimanjaro! Would this ever end we wondered as we maneuvered yet another blind turn with guard rail free drop-offs to certain death? Violent death reminders positioned on the roadsides in Peru are ever present, unnerving and seemingly unending. In some areas the crosses and the small enclosures to honor the deceased were placed ever few hundred meters. When an entire family drove off of a cliff the sizes of the enclosures varied to indicate the age and size of the unfortunate ones. Lest we think we might take that 300 degree turn at a higher speed we were once again reminded…the dead people probably had. 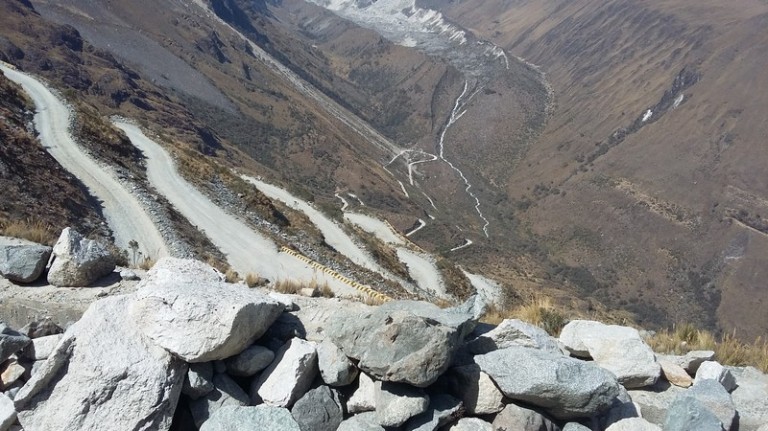 With the pass behind us, the rough dirt road ahead was really more like a sendero (path) that hugged mountainsides on numerous upward climbs and curvaceous descents punctuated occasionally by tiny hamlets in which the field workers dropped their hoes to stare. Adobe bungalows lined the road hugging for dear land on cliffs edges. With so little land on which to reside in this mountainous region, the women washed clothing, prepared food and tended their playful children within a foot or two of the road. Children, dogs and pigs were within a step of the Suburban’s wheels as we ever so slowly and carefully inched our way through.

Coming down isn’t much easier. 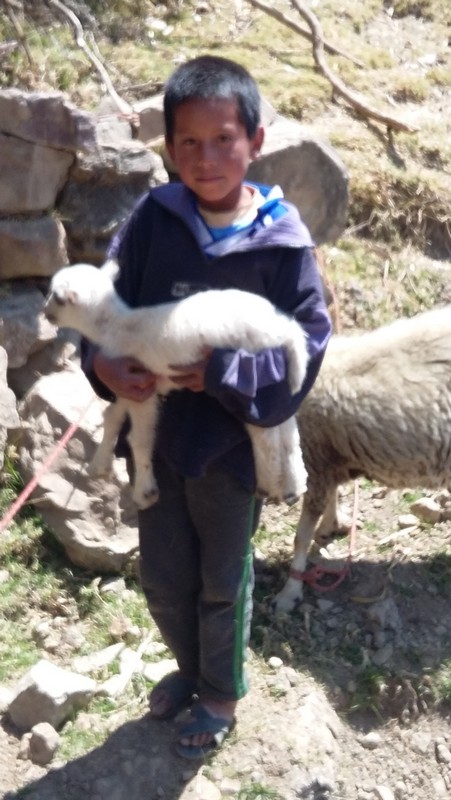 One of the hundreds of little old indigenous Andean ladies we’ve seen along the way in Peru stood unsteadily on the road in front of us in the small village Sapchaa. Like so many, her 4 foot tall frame was bent from decades of carrying heavy packs up and down the Cordilleras. Deep crevices lined her face and clouds pooled in her eyes. Appearing confused, she could have been 60 or 110 years of age-it was hard to tell. A slightly taller (4’6”), slightly younger woman on the roadside tried to call her to clear the way for us. “No problema,” we told her as the elder hobbled to her side. Her toothless smile was wide and her face lit up brilliantly as we crawled past them for a proper greeting. It’s almost as though the people become one with the environment to the point of looking like it- sun drenched, dusty, worn, lined and beautiful.

After a grueling 8 hour drive we reached the mountain town, Chacas at 3360m where we vegetated for a couple of nights. This pretty little pueblo was out there (understandably remote after that drive) without internet or any other tourists we noticed. We were the talk of the town on our departure morning when the truck alarm wouldn’t stop while squeezing out of the parking garage into a tight alley all while attempting to avoid the donkeys and dogs who wanted passage at the very same moment. 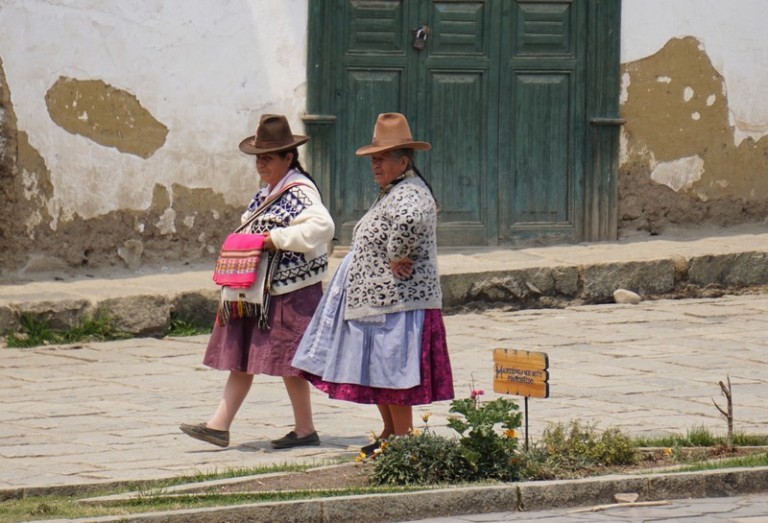 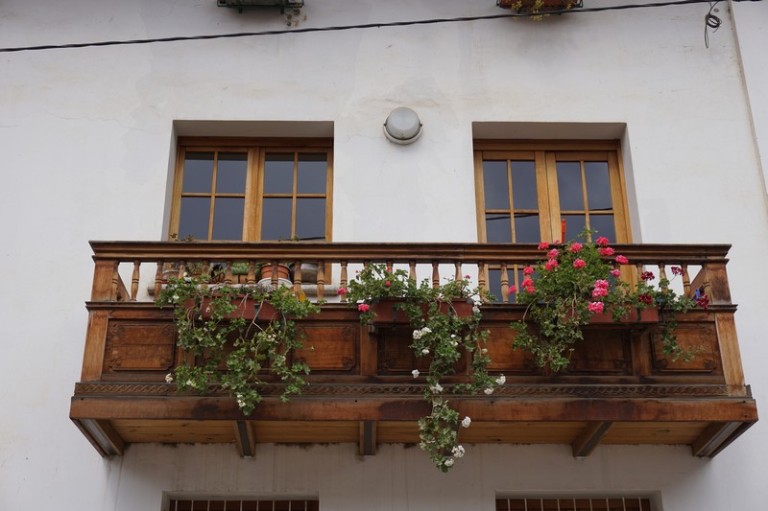 Well, it was time for some reckoning- we could drive on more dreaded dirt roads with another high pass to cross at 4350m (14,268 feet) or we could live in Chacas for the rest of our lives (with one restaurant?).  Ok, we drove on to Chavin de Huantar, another Unesco World Heritage ruin dating back to c1200-500BC, pretty old. One of many independent ceremonial centers spread throughout the Andes it was an achievement of ancient construction to ponder with large temple like structures above ground and a labyrinth of underground passageways. The tunnels were lit with electric lights but periodically we could see shafts that led to the outside letting a faint natural light into the tunnels. It’s likely that the entire labyrinth was naturally lit with these light shafts in the original building. Squatters, landslides and rain have taken a toll on the area but the site is still intact enough to provide a glimpse into one of Peru’s oldest complex societies. 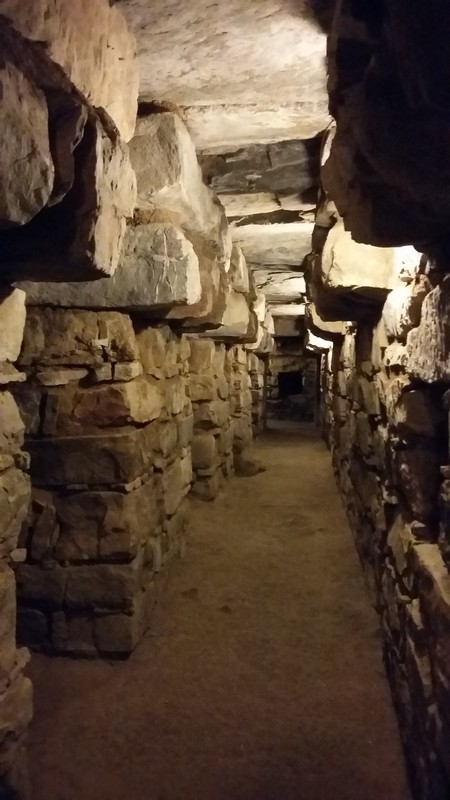