For eons much of the southwestern coast of Peru was the bed of a shallow bay that teamed with life: whales, giant penguins, crocodiles, and the megalodon, a 45-59 foot long shark that would dwarf today’s great whites and disappeared some 2.5 million years ago. As the Andes rose they pushed the land up out of the water. There is virtually no rain as the cold Humboldt Current produces almost no rain clouds and it’s been that way for a millennium.  Almost nothing lives or grows here and the landscape looks like Mars. 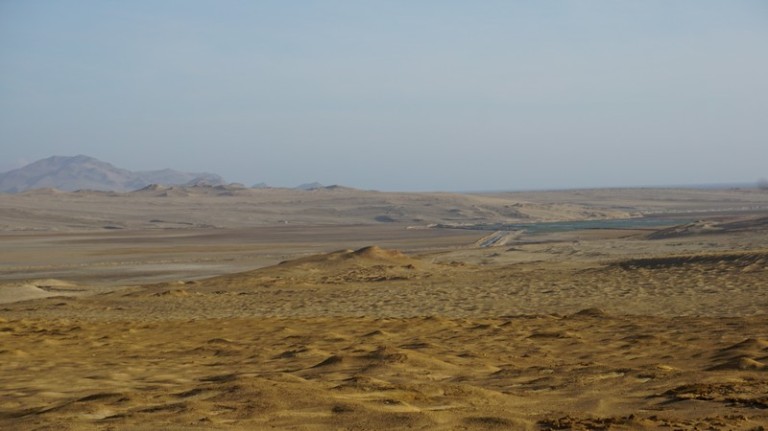 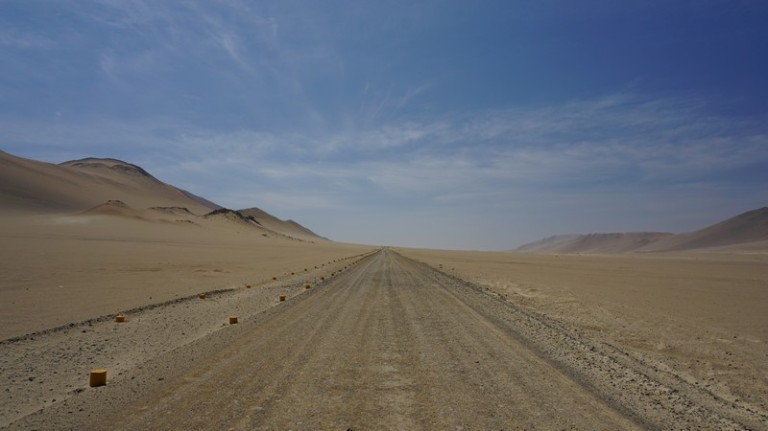 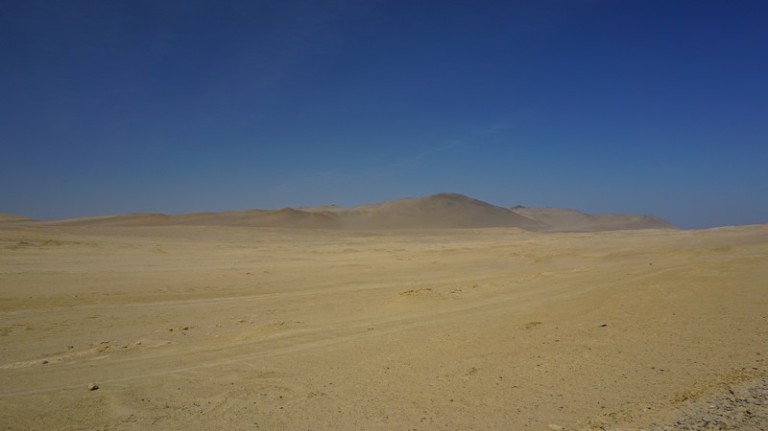 We came to El Chaco a town on the edge of the Reserva Nacional de Paracas in search of wind. What we found was a vast desert landscape along the Peruvian coast that is one of the driest places on earth. We met Manny a kitesurfer, originally from Colombia who now lives with his wife Claudia near Chicago. The wind was a bit light on the days we were there but the locals told us of some spots just down the coast where it was usually stronger. We drove to a seaside cliff where para-gliders were staying aloft for long periods riding the updraft off of the cliffs. 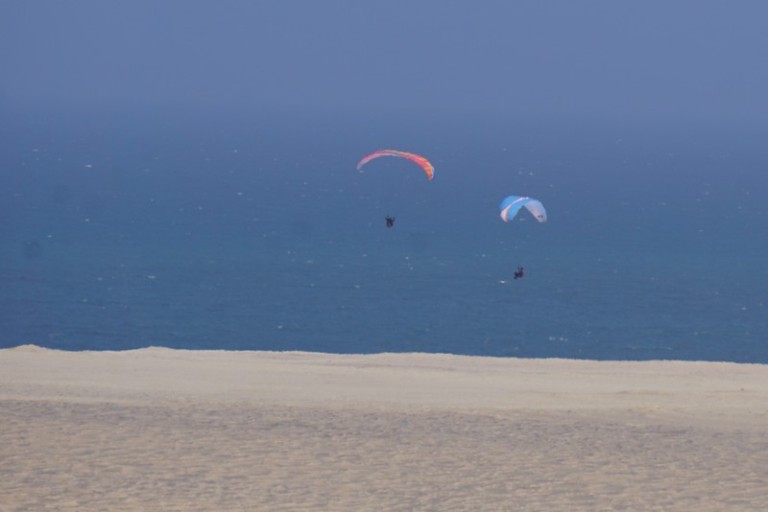 The wind down on the beach however was still too light so we moved on. The next beach/bay was about two miles long with cliffs at both ends but wide and flat going clear up to the road. The wind was strong and steady! We had this picture perfect beach all to ourselves and we kited clear past sunset as Claudia clicked off these pictures. The sun, the wind, the cacophony of seabirds and the Martian-like landscape filled us with a sense of joy and wonder. 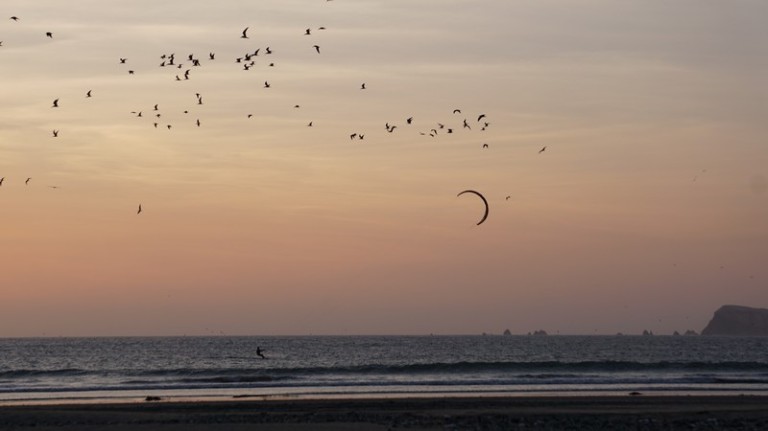 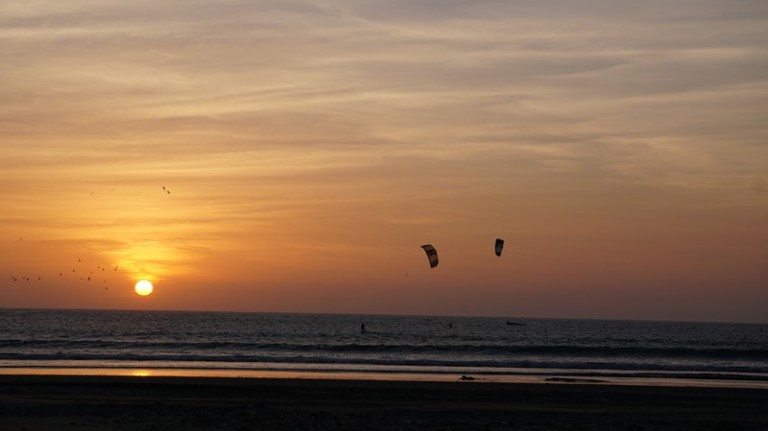 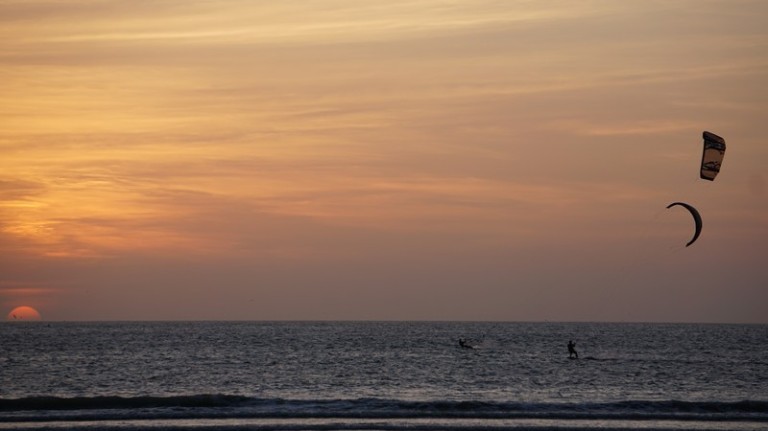 The following day the four of us set out again in search of wind which lead us to a tiny fishing village (there are a lot of tiny fishing villages on the Peruvian coast.) Seeing how the people live in this remote desert outpost was just as interesting as the kiting. Many of the people are descendants of the Paracas culture (700 BC to 400 AD) which actually predate the Inca. After a bit we pulled up stakes and returned to our magic spot of yesterday and the conditions were much the same and just as thrilling. Fortunately we brought Amelia along today since Manny’s rental car got stuck in the sand a few times. We pulled it out with our tow chain and Amelia scored her first rescue of the trip! 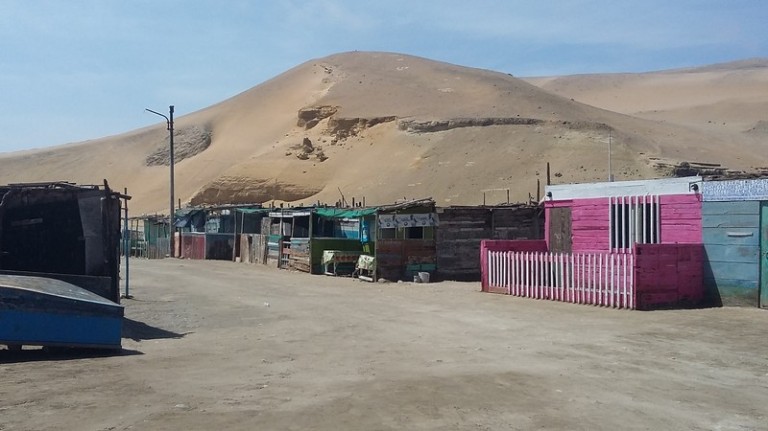 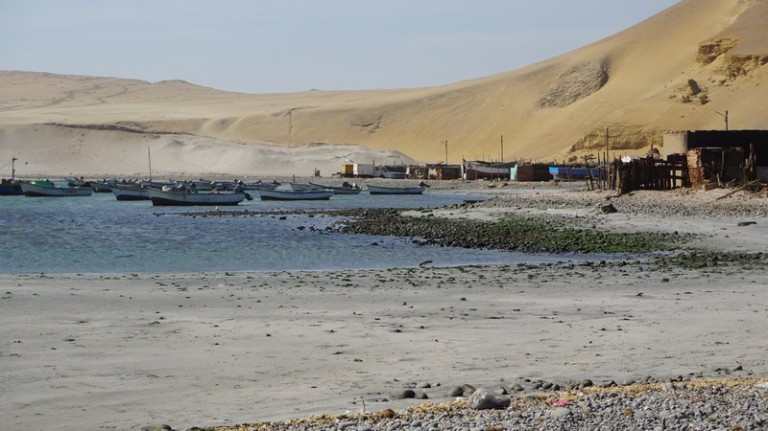 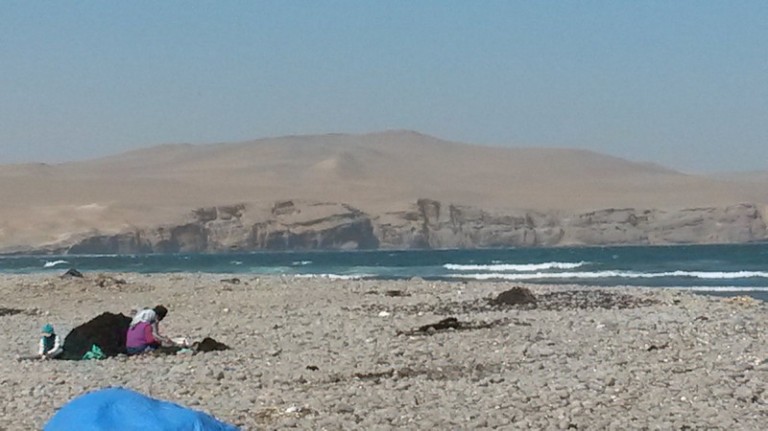 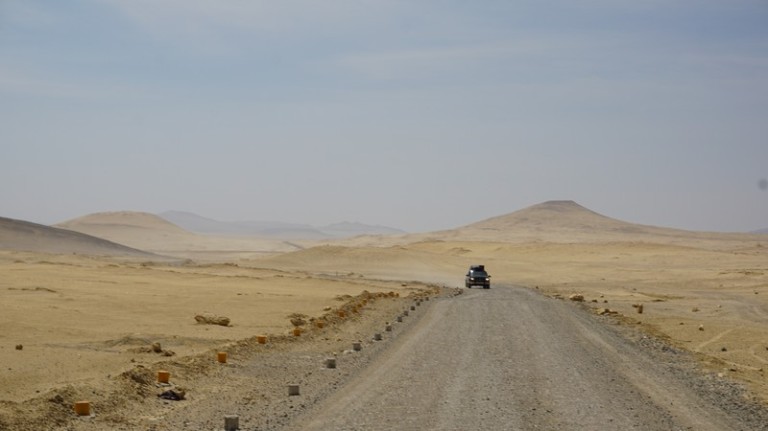 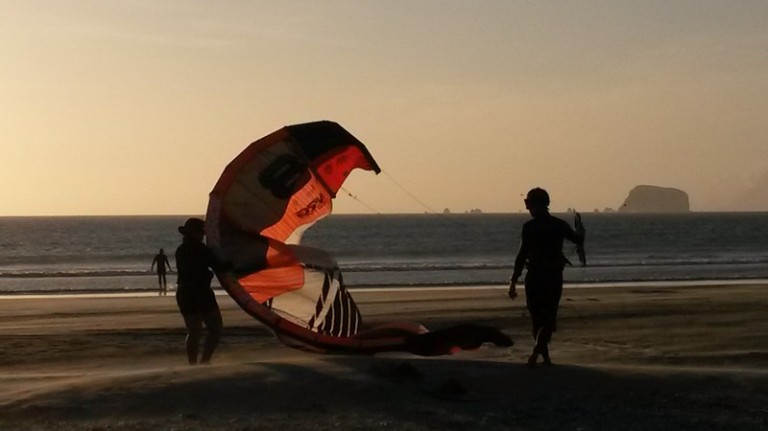 One thought on “Paracas Means Sandstorm”